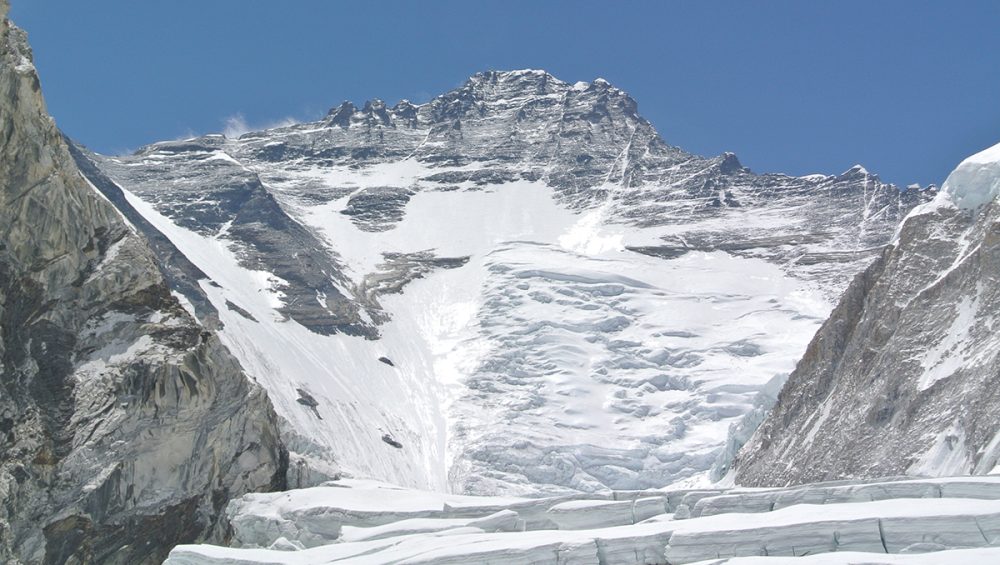 Mount Lhotse is the fourth highest mountain in the world standing at an elevation of 8,516 meters above sea level. It is a neighboring mountain to Everest, located in the Mahalangur Himal on the border between the Nepalese Khumbu region and the north of Tibet. On both sides it is surrounded by a vast sanctuary – Sagarmatha National Park on Nepal Side and on the Tibetan side by the Qomolangma National Nature Reserve.

The main summit of  Lhotse was first climbed on 12th May 1970 by the Swiss Mount Everest/Lhotse Expedition team member Ernst Reiss and Fritz Luchsinger. Lhotse and Everest share the same route and camps up to the Yellow Band beyond Camp III. From Yellow Band, the route separates, Everest towards the left while Lhotse to the right further up to the Lhotse face. The technical part for climbing Lhotse is the icy and rocky gully known as “Reiss Couloir” – the last part of the summit.